Introduction
As an expansion of the Non-Avian Terrestrial Tetrapod Communities of Sakaerat Biosphere Reserve (SBR) in Sakaerat Environmental Research Station (SERS), based on identifying the communities in the dry dipterocarpaceae, dry evergreen and plantation forest biotopes found in northeastern Thailand and as a necessary step in the process of establishing a global Geopark in Tak province, faunal and floral biodiversity in the mixed dipterocarpaceae forest habitats of Bantak Petrified Forest Park (BPFP), Northwestern Thailand will be studied to establish a significant local species checklist, in addition to possible future projects showing the difference in spatial ecology and geographical biocoenosis between the two areas of research (SERS and BPFP). Methods of fauna documentation will include:
1) passive trapping methods (drift fence and funnel trapping systems)
2) conducting surveys during the daytime and evenings
3) collecting mortality specimens
4) erecting camera traps in favorable areas

The primary difference between SERS and BPFP biodiversity studies is that very little species occurrences have been recorded in BPFP; because of this, we aim to identify all species captures to the best of our ability. The species checklist created from the combined methods of data collection will span over each season to create a foundation of seasonal occurrence trends in the areas fauna.
Methods of Fauna Research In Bantak Petrified Forest Park
Passive-Trapping Plot Systems 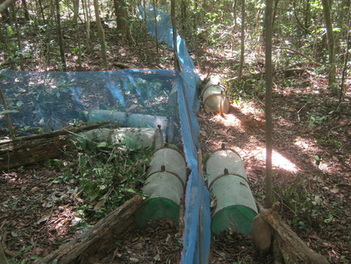 A system of geographically selected trapping plots, consisting of drift fences and funnel traps will be used as a passive capture method for community research. Each plot will be visited one time per day and all organisms captured will be recorded; Arthropoda will be recorded by genre and all other phyla will be subcategorized and identified by genus and if possible, by species.

The Snake Communities project at Sakaerat research station was originally intended as a trapping system primarily focused on herpetofauna. It was later elaborated into a community ecology project due to the vast amount of other fauna being caught. The focus remained, however, on herpetofaunal species because of their convenience of capture from the traps, which were specifically designed for them; mammalian species are not easily caught in these traps because they can chew their way out of the material. Due to this fact, this method of research is biased more profoundly to arthropods and herpetofauna, with a slight variable of small mammalians.


The trapping system consists of a series of wire-mesh funnel traps which have two funnel partitions that open into two separate chambers. The first funnel has a larger access hole in comparison to the second funnel access hole as an additional measure for capture rates; both holes range generally from 3-5cm in diameter. This allows the animals to enter with ease into the first chamber and then become trapped by a mesh flap on the smaller, secondary funnel entrance.


Traps will be planted in couples on the left and right side of a drift fence array at the end and middle of each line, the line itself is made of a plastic blue mesh material, running 20m in three directions. The mesh fencing will be held up by a series of bamboo stakes approximately 1m apart, to ensure structural integrity the fence material will then be buried beneath the soil approximately 6 cm to prevent animals from burrowing underneath. 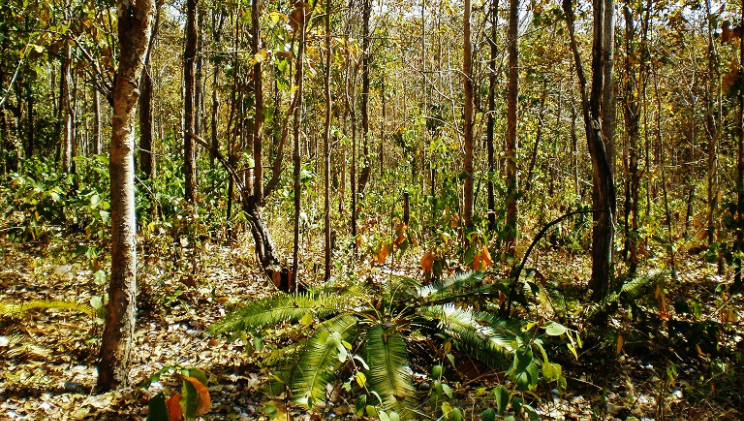 Active surveys will be conducted in the day and at night in areas that are both at random and intenetionally; during these surveys weather data, temperature/humidity data and location data (a track set on GPS)

The participants will be instructed to conduct surveys under the following criteria: 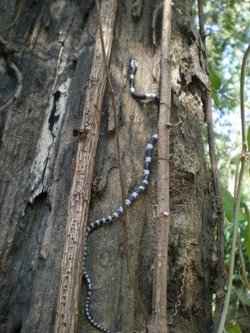 1) Search for any animals and communicate to others when one is found. 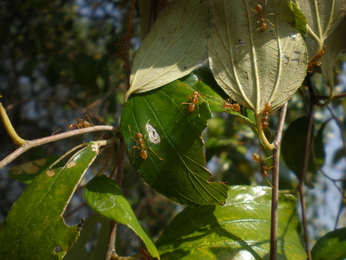 2) If over 10 of the same species is found, then further documentation of that species will remain as >10. 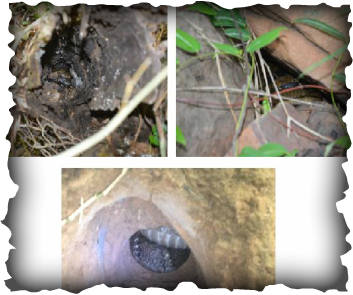 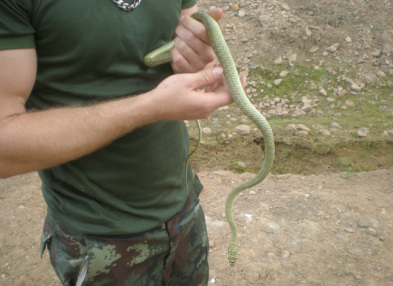 4) Attempt minimal interaction with animals, take data (surroundings, ground cover, where the animal was found and possible nearby shelter sites) and move on. However, if a fleeing animal is positively identified by R. Gray as “not dangerous” then attempt to catch it for documentation; if the fleeing specimen’s level of danger or toxicity is unknown then document it by physical characteristics (i.e. ﻿animal type, color(s), estimated size) 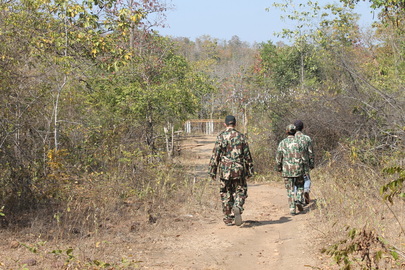